Travis Touch, launched on Indiegogo, promises to support 100 plus languages in a new more sophisticated device. Having raised $1.8 million USD on their first device by selling 110,000 units globally, Travis has managed to reach its goal of raising $50,000 USD in less than 16 minutes with Travis Touch. Logitech has agreed to acquire Blue Microphones, the company that evolved from its roots in professional studio microphones to make the popular Snowball USB podcast microphone - sold worldwide on Apple stores - and all sorts of microphones for home studio, web calls, and musician's use. But apart from microphones, Blue is also currently a contender in the headphone space, since it introduced its ambitious active Mo-Fi headphones using custom 50 mm drivers, which later also evolved into wireless models, addressing the lifestyle segment. Pioneer Electronics Asia Centre, a leading manufacturer of aftermarket car audio solutions, announced the launch of the new AVH-Z9150BT multimedia receiver, featuring built-in Wi-Fi wireless connectivity specifically designed to support a cable-free connection between the driver or passenger's smartphone and the receiver. The Pioneer AVH-Z9150BT takes the car infotainment experience to the next level by being the first receiver in Pioneer's lineup to support Apple CarPlay over wired USB and wireless, as well as Wi-Fi Certified Miracast wireless mirroring for selected Android phones.

Windows Media Player 7. The world of Music Players before iTunes. Hold on to your seats for a rollercoaster ride through the fascinating world of software music players! 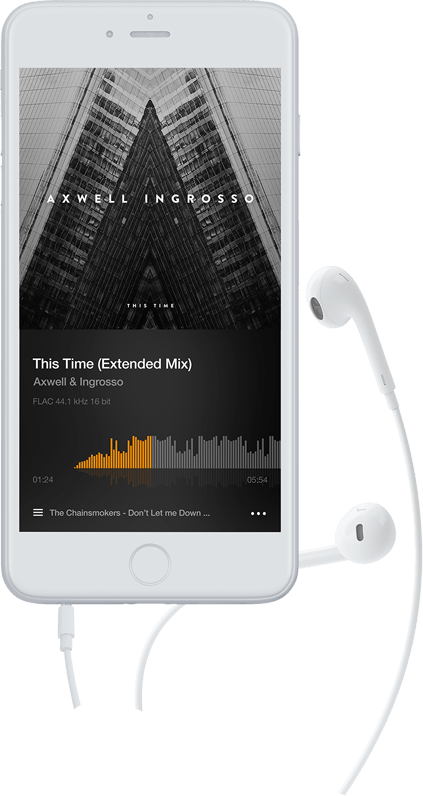 It wasn't so long ago we all started ripping those CDs to create our own - more convenient - music file libraries on our Macs and PCs. Some, even more patient music enthusiasts, went as far as digitizing their vinyls, with all the tail editing and the noise removing required. As a music player, basically there was the Media Player, on Windows (OK and WinAmp!), with Quicktime and iTunes (SoundJam as it was called before Apple acquired it) on Mac.

Then, one day, something smelly hit the fan. Moving their focus completely from 'computers' to mobile devices, the iPhone, and apps, Apple updated iTunes to something that was supposed to work better on small displays. And your songs were suddenly moved to a cloud database (the logic being you could 'complete your album' and easily synchronize your library with all your mobile devices.). It seemed like a good idea, until we all realized Cover Flow was no longer, our precious artwork and metadata painfully collected over the years was all messed up and - nightmare - our original files were suddenly being replaced by iTunes own material, which connecting to the wrong metadata immediately led to some files being replaced by all sorts of weird stuff.

My own band's music files (never commercially released) received artwork by some obscure Latin American folk-rock groups, and those precious compilation CDs and digitized vinyl and tapes that we so painfully cleaned up during long hours, suddenly were nowhere to be found, with iTunes displaying just a long collection of empty covers. No wonder Apple decided to keep those quavers as the symbol for iTunes. Some more persistent - and many of those that arrived later to the world of music files - have moved on to other things adopting dedicated hardware music players and servers, others focused on hi-res portable players replacing iPods, and many continued to explore the 'free' software players available for PC, continuing to harvest their precious 'music libraries.' (I started on this before iPod and iTunes, on a Windows 98 machine when Creative released the DAP Jukebox - which I still keep - so I was completely done with Windows and PCs.).

While the Mac was without question the most reliable and convenient platform for music, lots of people continued to explore the wonderful world of 'waiting Windows' and still work with software players like (precisely because it supports gigantic music libraries and extensive metadata editing), while others use, which allows more encoding options and even adding (and programming) our own plug-ins, or even because they were totally committed to MP3 encoding and using iPod-clones, progressively moving to Android devices and UPnP/DLNA-based or NAS-oriented home systems. Some really crazy guys are still using or even because they have libraries with video and other media formats, other than music. Some Windows sufferers even persisted on using Windows Media Player (!). While iTunes itself survived on Windows for a while, Mac users also had a not entirely stress-free but much more sophisticated array of player choices. Some of which, evolved and endured until now, from the open-source Tomahawk to, with its cool cloud-storage options, to the more sophisticated, the 'Premium Music Player for Mac' which supports AirPlay; Channel D, which now also decodes MQA;, which is light and simple (and free);; or for those into clean interfaces but great for tweaking playback processing; and many more than I would even dare to mention.

By registering you become a member of the CBS Interactive family of sites and you have read and agree to the,. You agree to receive updates, alerts and promotions from CBS and that CBS may share information about you with our marketing partners so that they may contact you by email or otherwise about their products or services. You will also receive a complimentary subscription to the ZDNet's Tech Update Today and ZDNet Announcement newsletters.

You may unsubscribe from these newsletters at any time. ACCEPT & CLOSE.